Congo – New Year's Eve of Arms 2019: Denis Sassou Nguesso calls on the Public Force to raise its operational level in 2020

If it is a tradition for the Armed Forces, that at the end of the year, the Supreme Leader of the Armed Forces, meets with the command and the troop in order to receive from them, the report of the Public Force as well as the act of dedication. In turn, the Supreme Leader of the Armed Forces gives them the guidelines for the new year. On this New Year’s Eve of Arms 2019, Denis Sassou Nguesso has, among other missions, asked the Public Force to raise its operational level in all sectors of activity, in this special year of the 60th anniversary of Congo’s independence.

Officers, non-commissioned officers and men of the ranks displayed the superb in their ceremonial attire alongside the guests and other attachés of defense of friendly countries. The Prime Minister, Chief of Government, also took part in the ceremony.

Addressing the Public Force, President Denis Sassou N’Guesso, Supreme Chief of the Armed Forces, began by congratulating her for effectively implementing the directives. Then he thanked the Public Force for the present it gave him, a gift rich in symbols. Then, the President of the Republic painted the picture of the international environment, noting that “tensions of all kinds are emerging around us, not to mention the impact of climate change.”

Declining the guidelines for the Public Force, President Denis Sassou N’Guesso noted that “terrorism and jihadism are already manifesting themselves not far from our country. Boko Haram is present in Chad and Cameroon. And Cameroon is already the border with Congo.

Other forms of jihadism are already taking place in Beni, DRC, on the border with Uganda. In the face of these threats, we have no right to say that this is happening far from home. On the contrary, in the face of all these threats that are very noticeable, the Public Force must be attentive, vigilant, and we have no right to be surprised and to expose our people to danger.

This is the first important directive. In the face of all the discernible dangers, we must remain vigilant, attentive, organized and not expose our people to danger.”

On the other hand, President Denis Sassou N’Guesso stressed that “there is also the fact that 2020 will be the year of the 60th anniversary of the independence of our country. We should approach this deadline with optimism, pride and commitment.

In 2020, the Public Force will have to raise its level in all sectors of activity. In this year, which will mark the 60th anniversary of our independence, we will strive to raise the level of the Public Force in terms of discipline, organization, operational and equipment.

Efforts will have to be made by the government there as well, so that the level of equipment is a little higher and noticeable. Thus, from January, the Public Force will have to organize itself strongly, to take part in the demonstrations that will be organized on August 15, 2020, on the occasion of the 60th anniversary of the independence of our country. It will be a big event and the Public Force will have to present itself on this occasion with a different face. Together, we will make sure that is the case.

And as is the tradition of our Public Force, we will continue to strengthen the relationship between the Public Force and the people. And on this occasion, we will try, to contribute to the development effort of our country. »

Denis Sassou N’Guesso recalled that, during his message on the State of the Nation before the parliament meeting in congress, he called on the government to do everything possible to ensure that the genius of the Public Force was given substantial means, in order to get him to participate in the effort to build works, road maintenance. We have done that in the past, and I have no doubt that if these equipment are made available to the Armed Forces, they will actively participate in the effort to build our country. We saw it with the Boulevard des Armée, we also saw it in the logging in Tshinguidi. We have seen it in the agricultural and pastoral activity in Kilébé Moussia. Right now, I am taking the directive a step further. I invite all military zone commanders to take inspiration from the initiative that has already been taken by the officers, officers and rank-and-line officers of the No. 1 Military Zone in Pointe-Noire. A strong initiative that has led the Public Force in the effort of agricultural and animal production. All commanders of the other Zones should, from January 2020, draw on this experience and always try, according to the principle: to do much with little, to try, wherever they are, similar experiments. In this way, we will have established the link between the Public Force and all the other National Forces that are called today to fight for the economic recovery of our country. And, I speak to you with confidence. If we all stand up, there is no doubt that we will fix our country’s economy, and give a little more hope to other generations. »

Finally, without insisting on Congo’s obligation to carry out its international missions, the supreme leader of the Armed Forces said he had confidence in the command. Then, Denis Sassou N’Guesso presented his New Year’s greetings to the entire Public Force, trusting him that the year of our country’s 60th anniversary will be the year that will herald a better tomorrow.

The Public Force carried out its missions in a spirit of self-sacrifice, dedication and cohesion. She accompanied the ceasefire agreement in the Pool. Police have seized several tons of fake drugs and the fight against urban banditry is intensifying. In the gendarmerie, specific squadrons were deployed on the roads, while the railway gendarmerie resumed service. The responsiveness of civil protection has saved lives. In the Armed Forces Health Service, the Army-Nation link has been further strengthened, with the free management of obstetric gynecological cases of 388 cases of caesarean section and 96 cases of ectopic pregnancies. General Okoï did not fail to note the participation of the Congolese Public Force in the Minusca, as well as the defence actions within the Cirgl.

Finally, Guy Blanchard Okoï advocated the allocation of additional resources, in order to increase the operational capabilities of the Troop.

The CMG also mentioned the rational management of men, as well as the remediation of the pay of staff, or their training, as well as the care of the wounded and maimed, with the creation of a pension fund.

Decoration of French aid workers by the Congolese Minister of Defense

A ceremony of decorations took place on Thursday, June 30 in the grounds of the Ministry of National Defense at the foot of the monument of the Congolese Armed Forces. The ceremony was chaired by the Minister of National Defense, Charles Richard Mondjo, in the presence of the charge d’affaires ai of the French Embassy, Franz Coïdan, of the Chief of General Staff of the Congolese Armed Forces, General Guy Blanchard Okoï, as well as the entire Congolese General Staff

Were thus decorated, in the name of the President of the Republic of the Congo Denis Sassou N’Guesso: at the rank of officer in the Congolese Order of Merit, Colonel Bruno Malet, Defense Attaché at the French Embassy in Congo, and in the rank of the gold medal of the fraternity of arms, the chief medical officer Denis Morgand, the commissioner lieutenant-colonel Alain Adnot, the frigate captain Gilles Aubry, the captain Bruno Ferragu as well as five members of the Elements French in Gabon who had come to carry out a cooperation mission for the benefit of the Congolese Armed Forces.

Cooperation between the two countries has existed since the signing of the general cooperation agreement on January 1, 1974. Military cooperation is reflected in projects in various fields (support for command, training, administrative and financial management, state action at sea and health). France also supports the National School for Regional Vocation Génie Travaux, which trains officers and non-commissioned officers in infrastructure techniques and operations. Cooperation is also reflected in the numerous internships carried out by Congolese soldiers in France. All military aid workers who were decorated during this ceremony are relieved of their duties this summer.

The ceremony ended with a wine of honor in the ministry gardens.

Them Congolese armed forces and the national gendarmerie have, during the past year, 2018, fulfilled their missions in accordance with the guidelines of the President of the Republic, supreme leader of the armed forces. These consisted of continuing:

For 2019, despite the still difficult economic environment, action will have to be taken to build on the forecasts of the National Development Plan (NDP) 2018 – 2022, which directs efforts towards three (03) strategic axes, namely:

In addition to its traditional missions, the participation of the Ministry of National Defence implementation of this policy framework is focused on the sector support for security governance. This translates into:

in his guidance at the New Year’s Eve on 31 December 2018, the President of The Republic, Supreme Chief of the Armed Forces, has ordered the police Achieving the following goals:

Implementing these guidelines in line with the strategic requirements of the 2018-2022 NDP requires a focus on the guideline that will be to improve governance.

Letters missions will accompany this directive. These will have to be the subject of a performance framework on which to build evaluation of activities.

i assures you of my trust and engages you, in the same spirit of resilience and unity, to lead the action with responsibility, availability, rationality, cross-cutting and professionalism.

The Minister of National Defence, 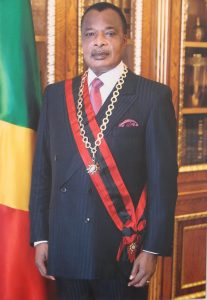 Vision of the Supreme Chief of the Armed Forces

If it is tradition for the Armed Forces, that at the end of the year, the supreme chief of the Armies, meet the command and the troops in order to receive from them, the report of the Public Force as well as the act of dedication. In turn, the Supreme Chief of the Armed Forces sends them the guidelines for the new year. 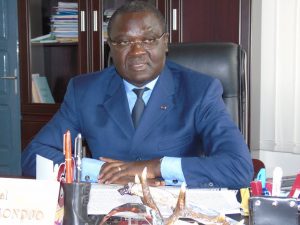